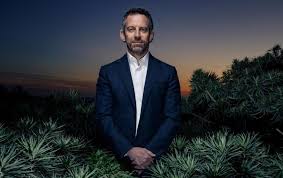 Despite adding the inconsistent Dee Ford to their end group, the 49rs can’t pass up on a chance to add the best pass rusher in the draft. If this were to come to fruition, San Fransisco would have one of the NFL’s youngest and most talented defensive lines.

As Tuesday’s trade deadline fast approaches we have already seen some significant deals go down. Bonafide contenders and paper tigers alike are making moves towards shoring up their rosters, whilst sacrificing draft capital. On the other hand, the the bottom dwellers are beginning their offseason early, starting their rebuilding process. Come join me on the GM armchair as we engage some hypotheticals:

The pre-season division favorite in the AFC South have gotten off to a less than ideal start. Blake Bortles has shown to be the mediocre quarterback he’s always been outside of last years impressive first half of the AFC championship game in New England. Leonard Fourtnette has been hampered by a hamstring injury that has limited him to just two starts this year, prompting the team to go acquire Carlos Hyde from Cleveland. Without a consistent identity on offense their elite defense has struggled to keep them in games and is starting to succumb to in-group tension between the defense and offense. Yet with this team a game behind the first place Texans, this season is still very much alive. It’s time this team gets a quarterback of the future whilst keeping them competitive in the present. The Raiders already have three first round picks, why not make it four? This team is in total disarray, seemingly playing for a future in Las Vegas with a team sculpted by the hundred million dollar man himself.  Finish the year off with Aj McCarron and take Justin Herbert in next years draft, or Will Grier because he’s a Gruden Grinder.

The Steelers are beginning to pick up some quality wins after a slow start to the season. Their offense is rounding into their usual form despite not having Le’Veon Bell. Where this team has had trouble this year, and for the past couple years, is in their secondary where Artie Burns sadly has been a bust since being a first round pick in 2016. Why not go get Patrick Peterson from a bad situation in Arizona and put him opposite Joe Haden forming one of the better corner duos in the league. I know that both Peterson and Arizona leadership have stated they both wish for him to remain a Cardinal long term, but the Steelers have the requisite capital to give them a deal too good to pass up. A plethora of picks could help Arizona re-invest into their main priority, Josh “Westwood for the Weekend” Rosen.

The Super Bowl hangover is real in Philadelphia. While their defense remains one of the leagues best, their offense has struggled to be as prolific as it was a year ago. Alshon Jeffrey and Zach Ertz have terrific as Wentz’s main options, while Nelson Agholor has been a good second choice. Let’s bring another talented wide receiver in from the 2015 draft, Devante Parker. Parker has shown flashes of what made him a first round pick, but has been hampered by injuries and inconsistent quarterback play in Miami. The Dolphins have cooled down after their impressive start and settling into that role of a mediocre NFL team. Albert Wilson has emerged as their clear second option with Kenny Stills and the speedy Jakeem Grant, so cutting ties with Parker can be afforded. The Eagles were outbid by the Cowboys for Amari Cooper, unwilling to part with a first round pick. Here I have them making another high risk/high reward move, with significantly less risk (I’m looking at you, Jerry Jones).

There is no way around it, this Packers team is not very good. Despite having the best player in the league for the better part of the past decade, they continue to rely on Aaron Rodgers to single handedly drag this team to the promise land. This defense plain and simple is one of the worst units in the league. It starts with their pass rush, they’ve relied on Clay Matthews to be in the elite form of his youth despite regression every year. How bout adding a veteran like Cameron Wake? Wake is in the twilight of his impressive career and I just discussed how this Dolphins team is trending downwards. Miami has young guns on their d-line, this move would give guys like Charles Harris more of a sample size to justify his first round selection back in 2017.

Kansas City have set the league on fire seven weeks in, mostly in part to their seemingly unstoppable offense. Their defense on the other hand has been bad. If this team wants to make it out of the AFC and compete for a Super Bowl, that’ll have to change. Unlike the Chiefs, the New York Giants are in full rebuild mode. Snacks Harrison just got shipped to Detroit for a fifth round pick, now it’s time to part with another defensive stud from their 2016 offseason; Janoris Jenkins. I was tempted to go all in for Landon Collins but seeing as him and Eric Berry are similar players, I think Jenkins is the better fit as a lock down corner opposite of Kendall Fuller. The Giants continue their rebuild, ridding themselves once again of one of their pricier contracts, as Dave Gettleman will continue to mold this roster how sees fit.