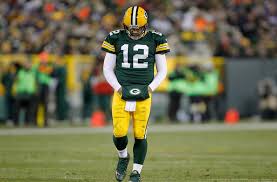 I’ve been critical of Bob Quinn and his personnel decisions for some time now, but with the 2020 class he may have done his best work. Jeffrey Okudah may not have Isaiah Simmons’ ceiling but he’s a world class cornerback prospect who fits their biggest need and will be the best player on Detroit’s defense from day 1. D’Andre Swift at 35 was a reach, but he will undoubtedly upgrade this offense, and when put into context next to Detroit’s remaining selections he provides good value. I expect Jonah Jackson and Logan Stenberg to start at guard and Julian Okwara will be leaned on heavily to bring a much needed pass rush presence. Jason Huntley was an explosive college football player and should bring special teams value. Penisini and Cornell are nice day 3 depth picks across the interior defensive line.

The Chicago Bears did what they could with limited assets and a depleted roster. Taking Cole Kmet at 43 was solid, I’m not sure how big of an asset he’ll prove in year 1 but he undoubtedly has a NFL skillset. Jaylon Johnson was great value at pick 50, and will be leaned on heavy to contribute as a rookie in a sparse corner room. Their slew of day 3 picks are average, with Darnell Mooney sticking out as a potential impact player for Matt Nagy’s offense.

The Vikings made fifteen overall selections in the 2020 draft, infusing an aging roster with ripe young talent. Justin Jefferson is a great Stefon Diggs replacement, bringing a WR2 skillset ready for Sunday’s with potential to grow into Adam Thielen’s eventual replacement. Jeff Gladney is Mike Zimmer’s type of corner, versatile, tough, and physical, he’ll be thrust into starting snaps right away. Getting developmental, high upside, day 2 players like Ezra Cleveland and Cameron Dantzler at positions of value was wily. The day 3 slections that stick out to me are Troy Dye and Kenny Willekes. Both were top 125 players for me, who fill needs and could be thrust into a starting roll sooner than later. The only problem I had with the class overall is making fifteen selections, I would of liked to see them get aggressive and move up across day 2 and 3.

The Green Bay Packers are the biggest looser’s of the 2020 NFL Draft. While I’m not a huge Jordan Love believer, trading up to take him at pick 26 is just the peak of this iceberg of failure. On day 2 drafting AJ Dillon to be your second or third running back and Josiah Deguara to be your fullback is criminally negligible. Spending day 3 capital to provide depth to your offensive line, is fine, but where are the weapons for Aaron Rodgers? and, God forbid, Jordan Love. Not spending one pick on a pass catcher for Aaron Rodgers is so illogical it can only be interpreted as petty and childish. Green Bay was already a candidate for a major regression, it has just been accentuated.