As we inch closer and closer to the NFL Draft, the discussion as always begins to heat up around the Quarterbacks. This year is a little different though, as the Arizona Cardinals, now picking #1 overall, are projected to take Kyler Murray just a year after selecting Josh Rosen #10 overall.

This type of QB move is unprecedented. So was hiring Kliff Kingsbury, and as I’ve said all along if you’re going to gamble by hiring Kingsbury, you may as well push your chips into the middle and select Murray.

Along with Murray and Rosen, all signs point to Drew Lock, Daniel Jones, and Dwayne Haskins going in the first round of the NFL Draft. All 5 of these guys will be considered the future for 5 different teams going into 2019, and I’m here to tell you what teams they will be on.

We’ll start with an easy one. This has been the pick at #1 since before the combine, and it seems as all of us are just waiting to see where the Cardinals move Rosen to.

Case Keenum is just insurance. After trying to get away with having Alex Smith as their QB, the Redskins understand that they need a QB for the future, and not aim for competency at the position. Trading for Rosen gives them hope and finally a young QB for Jay Gruden. 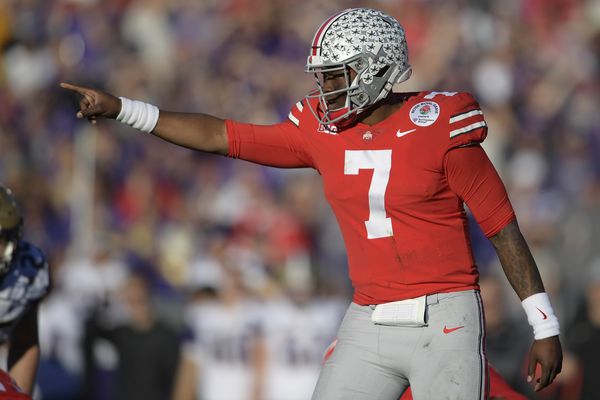 The Giant’s first pick of the 2019 NFL Draft absolutely needs to be a Quarterback. I think Haskins is a good fit for them as Pat Shurmur needs a guy who can make all the throws from inside the pocket. An offense with Haskins, Barkley, Shepherd, and Golden Tate isn’t too bad as Eli has been the one holding this team back the last 2 seasons.

I believe Lock can get to #10 overall and also believe Elway would draft him if he’s there. Let Lock sit behind Flacco for a year and develop, then make him your long-term answer going into 2020.

Jones is the hardest one to predict of all these players. There’s no real read on where he may go, and although the Giants are reportedly interested that could always be a smoke screen. I believe the Bengals want to leave this draft with a QB of the future as Andy Dalton is just not it. They select Jones at #11.