No Combine Invite? Say Less. This is Draft Season Episode 8.

The combine is getting underway in Indianapolis. So for this episode of Draft Season, we’ll focus on some players in the underwear Olympics this week…right?

Every year players who deserve to go to the combine get snubbed, and I am here to give them their due. Plenty of players, such as Doug Baldwin, Antonio Gates, Chris Harris, and Julian Edelman didn’t get combine invites and are stars in this league. So lets shift our attention away from Indy to two former JUCO products who will be making the doubters Say Less once the regular season rolls around, B.J. Blunt and Darwin Thompson.

PSA: B.J. and Darwin have open invites to come on the podcast. Let’ talk.

The only knocks against B.J. Blunt is that he played at a small school and his size, but even these factors are easy to dismiss. When a prospect doesn’t come from a D-1 program, you want to see that they dominated the competition. Blunt did just that by piling up 102 tackles and 11 sacks in 2018.

And if you want to talk size, the NFL is getting smaller, especially at the linebacker position. Blunt has cover skills and prior experience as a defensive back. It’s a passing league now, and the big thumping linebackers are a thing of the past. Blunt fits the new wave linebacker mold NFL teams are coveting.

11 sacks is also an impressive number, and I could see teams utilizing Blunt as a speed rusher in some 3 & long sub-packages. The name of the game today is versatility, and Blunt has the athletic and technical tools to be a swiss army knife in the NFL.

To add to this impressive football resume, in the words of Back Judge QB Savant Leigh “John Gooch” Murray, B.J. Blunt “literally spits gold every tweet” (@beedoe8_). It’s politics but we can get real political. Up early scheming on my success. #FEDSZN.

Bottom line, B.J. Blunt is going to scratch and claw his way onto an NFL roster, just like he’s scratched and clawed to gain everything he has attained in life. That’s a guy I want on my sideline when it’s a fall Sunday.

Darwin Thompson once said if there was a book written about him, it would be called “THE DOUBTED”. That’s as Say Less as it gets.

Darwin Thompson may look like a small back, but he sure doesn’t run or play like one. He plows through contact and has great balance after the initial pop. He also has that home-run hitter speed. I liken Thomas to a bulkier, more powerful Justice Hill. 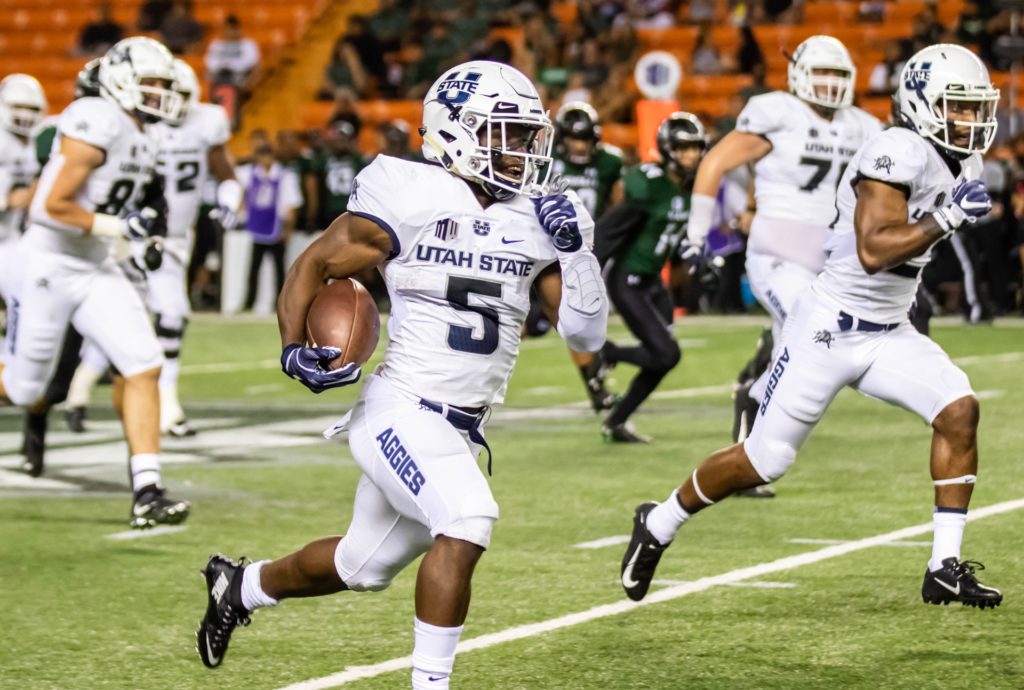 He is good in the passing game as well and should be a reliable around back in the NFL. In his one year at Utah State, he went over 1,000 yards rushing and scored 14 touchdowns. He also had 351 receiving yards.

I’m super excited about Thompson’s potential and he will be a late round steal for any team that selects him.

One thought on “No Combine Invite? Say Less.”