It’s time to dive into some tape on the big fellas up front. 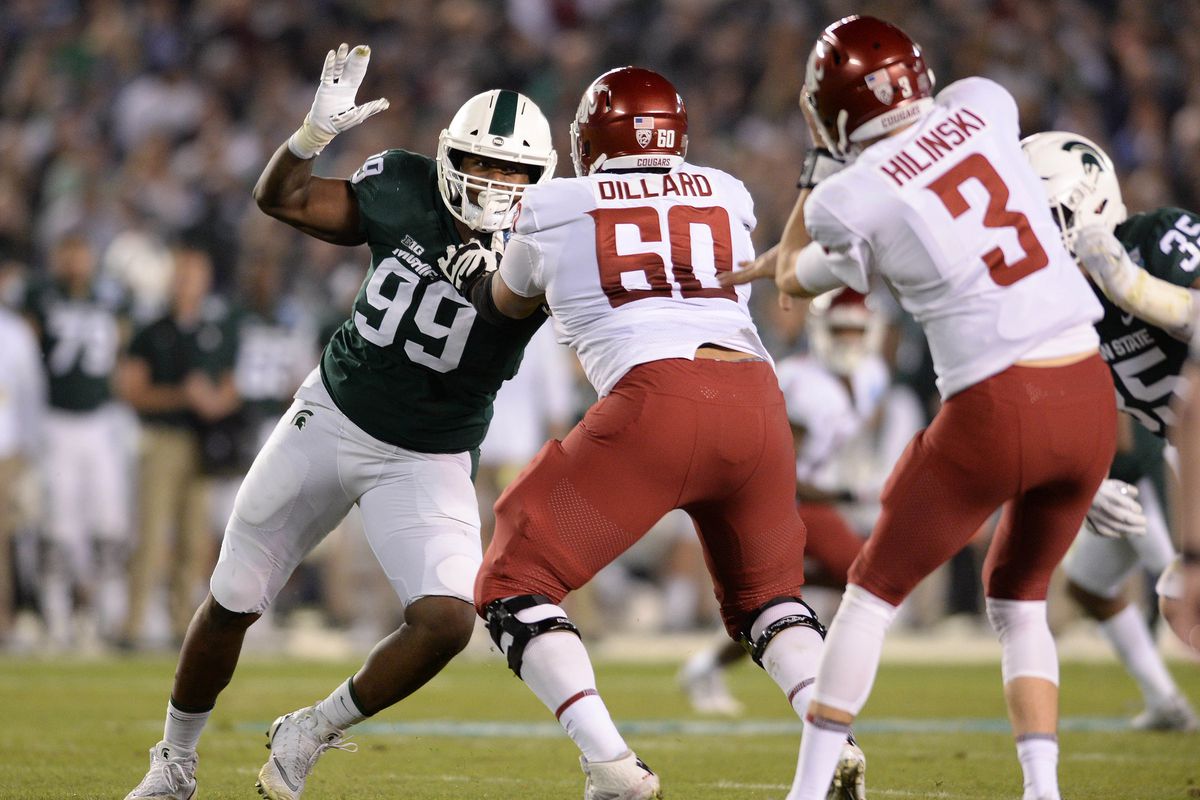 Maybe two games wasn’t enough, but I feel like I get the gist of who Andre Dillard is.

Dillard moves unbelievably well. His feet are super quick, and moves to side with ease. He is adept at picking up stunts and passing them along to his interior friends as well. You won’t see Dillard turning his hips and running after a guy who blew right by him.

Dillard also is pretty good at pulling, although this probably isn’t a trait that will transfer for an NFL tackle.

With that being said, there are major concerns to be had about Dillard’s functional play strength. He could stand to gain a little bit of weight, and struggled anchoring when being bull rushed by stronger players. Clelin Ferrell would ruin this dude.

There is also the part about Dillard being a Wazzu player. He has not gotten in a 3 point stance once in college. He is a three year starter with a lot of football smarts, but it could take him a season to really get comfortable putting his hand in the dirt.