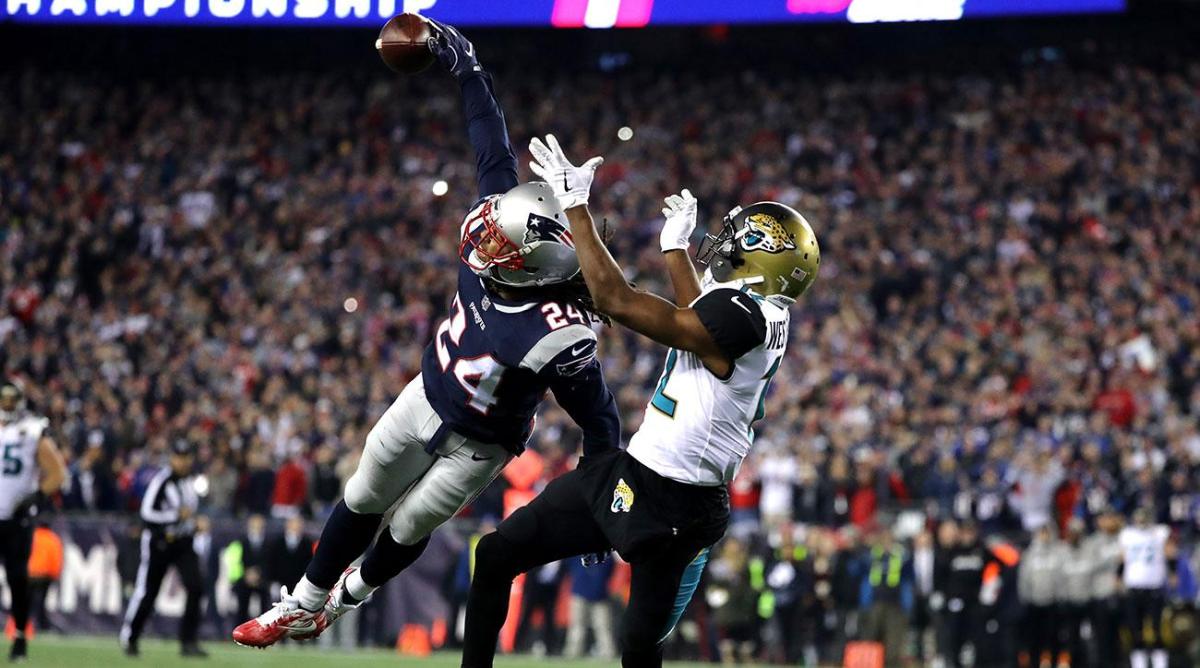 Week 2 is already way after the Bengals defeated the Ravens on Thursday Night football. I honestly felt this slate was top heavy, bouts like New England/Jacksonville and Kansas City/Pittsburgh will be thrillers, but I find some of the other games underwhelming at face value. Let’s rank and pick the remaining 15 match-ups.

It’s a rematch of last seasons’ AFC Championship game, and both of these teams are coming into the week 1-0. This time around, it’s in Jacksonville, so the Jags will have the advantage of the home crowd behind them. It’ll be a close one, but I’m not picking against Brady and Belichick until they give me reason to.

Pat Mahomes & Co. are riding high after a week one win against a divisional foe, and find themselves on the road once more in week two. The Steelers blew their opener in Cleveland that ended in a tie, this is a very important game for them as a loss would put them behind early in the AFC North. Give me the Chiefs in an upset.

This game would be #1 if not for the questionable status of Aaron Rodgers. The Vikings and Anthony Barr are the culprits in Rodgers’s broken collarbone from last season, so the Packers QB may push hard to play with revenge on his mind. Even if Rodgers played I still like the Vikings. If Kizer starts, it’ll be a slaughter.

Maybe I’m over-ranking this game, but hey, go make your own damn blog. It’s hard to get a feel for the Dolphins after week one since they played in an 8 hour rain delayed game, but they didn’t look bad. The Jets trounced the Lions week one, and Darnold looks like he won’t have any issues adjusting to the pro level. Whoever wins this one (spoiler alert, it’ll be the Jets) has a great chance to get a wild card spot in the AFC.

I don’t believe in the Panthers. At all. They beat a crap Dallas team 16-8 in week one. I think they’ll get smacked on the road by Atlanta. If they win I’ll spend more time writing about their game next week.

The Saints should have been cruising to a 2-0 start playing host to the Bucs and Browns in back to back weeks, but the NFL can always surprise and the Saints go into this game 0-1. I think they get back on track week 2, but I am intrigued to watch this Browns offense in a dome, not dealing with the torrential rain from week one.

I’m still not buying the Tampa hype, but good lord Ryan Fitzpatrick in week one. Their defense still sucked though, and the issues in pass coverage still exist. I’m expecting them to regress back to the mean and the defending champs to handle business against an inferior roster.

After seeing the Colts week one, it seems that their path to winning football games this year will be through Andrew Luck playing hero-ball in the 4th quarter. Maybe they change my mind, but I like the sleeper-cell ‘skins to come out and make a name for themselves.

An underwhelming AFC South match-up, both of these teams showed glaring holes in week one. Mariota is not 100% (shocker) and the Texans o-line is in absolute shambles. Deshaun Watson will get injured again if he takes the amount of hits he did week one. Give me the Texans in an unimpressive win.

The Monday Nighter, both teams are looking to secure their first win of the season. The Bears had an epic collapse in Green Bay week one, and I think they have a bit of a hangover in week 2 for this one. The crowd will be crazy however, and it may remind some of the veteran Seahawks of their glory days.

Another meeting of the 0-1s, the Lions look to rebound after an embarrassing loss at home to the Jets on Monday Night Football. The 49ers fought in Minnesota but clearly were outmatched in that one. I like Jimmy G getting back on track in this one with the Lions travelling west on a short week.

Maybe this game should be higher, but I still don’t like either of these teams. They will be playing for 3rd and 4th in the AFC West come December. I’m going with the Broncos here, and am looking for things with the Raiders to go downhill fast.

Another game that many would presume to be higher, but just like the Raiders/Broncos bout this is a meeting of divisional foes who will be playing for 3rd and 4th in the NFC East come December. It’s a disgrace this game is in prime time. Things get worse for the ‘Boys and Jason Garrett.

Rams are my survival lock of the week.

My god the Bills suck. Josh Allen is the starter now though, let’s see what he’s got.