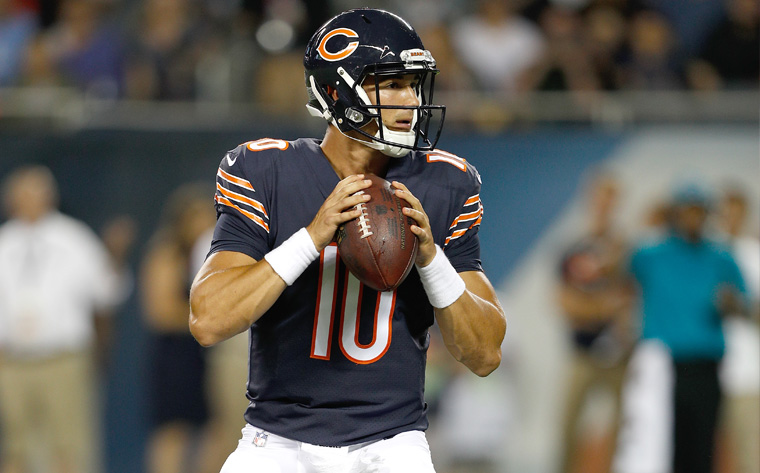 One of the top rookies in the draft, linebacker Roquan Smith, still remains unsigned by the Chicago Bears. The reason, him being unwilling to give up guaranteed money should he be suspended or fine under the NFL’s new helmet rule, gets more and more sound by the day.

It started in the hall of fame game, and since then a litany of helmet rule flag videos have been shared on twitter and across the football media landscape. Almost all of them textbook NFL tackles.

This rule is an absolute disgrace and a looming disaster for the NFL, and it needs to be fixed now.

In an offseason where the shield finally addressed the absurdity that was the helmet catch, that this Lions fan will tell you should have been adressed the week after Calvin Johnson was robbed, they have effectively replaced it with a rule even more absurd. Even worse is that everyone who even followed the sport moderately knew it would be a disaster from the jump, and there is almost half a decade of proof from the college level that this rule is bad for football.

Defensive players at all levels of football have little to no control over what body part hits the offensive player first. In the fastest level of the game, the NFL, they have essentially no chance. We have already seen flags thrown against defenders who aim for the torso when tackling, but the offensive player ducks down, creating the helmet to helmet contact.

This rule needs to be reserved for extreme situations only, for example plays like Danny Trevathan’s hit on DeVante Adams last season, or Vontaze Burfict’s hit on Antonio Brown in the wild card playoff game.

So, Roquan Smith should not be backing down anytime soon. His agent should be coming into the Bears’ facility with a tape roll on loop of the horrible calls so far. Bless you Roquan, and Al Riveron can chowder us Back Judgers until he fixes this disaster he created.