Before you think this is some outrageous hit-piece, let me establish that Sean McVay is one of the best young coaches in the NFL and has a ton of potential. What he did last year with the Ram’s offense was literally historic, and he turned Jared ‘Boy King’ Goff into a real NFL quarterback.

Now for the reality check.

This dude is being hyped up like he’s already Vince Lombardi by Rams fans, NFL analysts, and NFL GM’s/Owners who set out this off-season to find the ‘next McVay’. In reality, he won the pretty weak 2017 NFC West then lost a home wild card round playoff game against the Falcons, all while playing a 4th place schedule. In 2018, the Rams have to play the Saints and Eagles, the NFC North, the AFC West, as well as the Seahawks and the no longer rudderless 49ers. 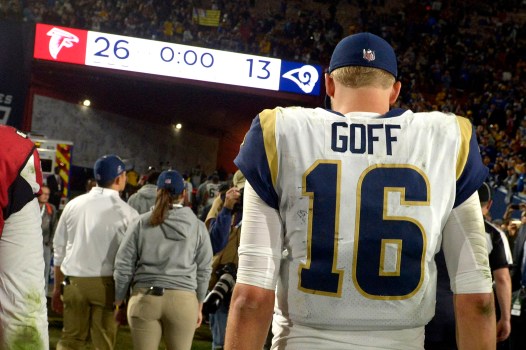 Another reason why McVay was so successful was because he also has the best defensive coordinator in football with Wade Phillips, who basically is a head coach himself. McVay week in and week out does not have to spend one second of his time coaching or thinking about defense during the week. Phillips in 2018 will also be in charge of managing the new personalities who have been brought onto that side of the ball in Marcus Peters, Aquib Talib, and Ndamukong Suh.

Yes, he is a great mind, but the hype doesn’t match the accolades. I like the Rams in 2018, and I think McVay has a great chance to live up to they hype. Let’s just pump the brakes for now.