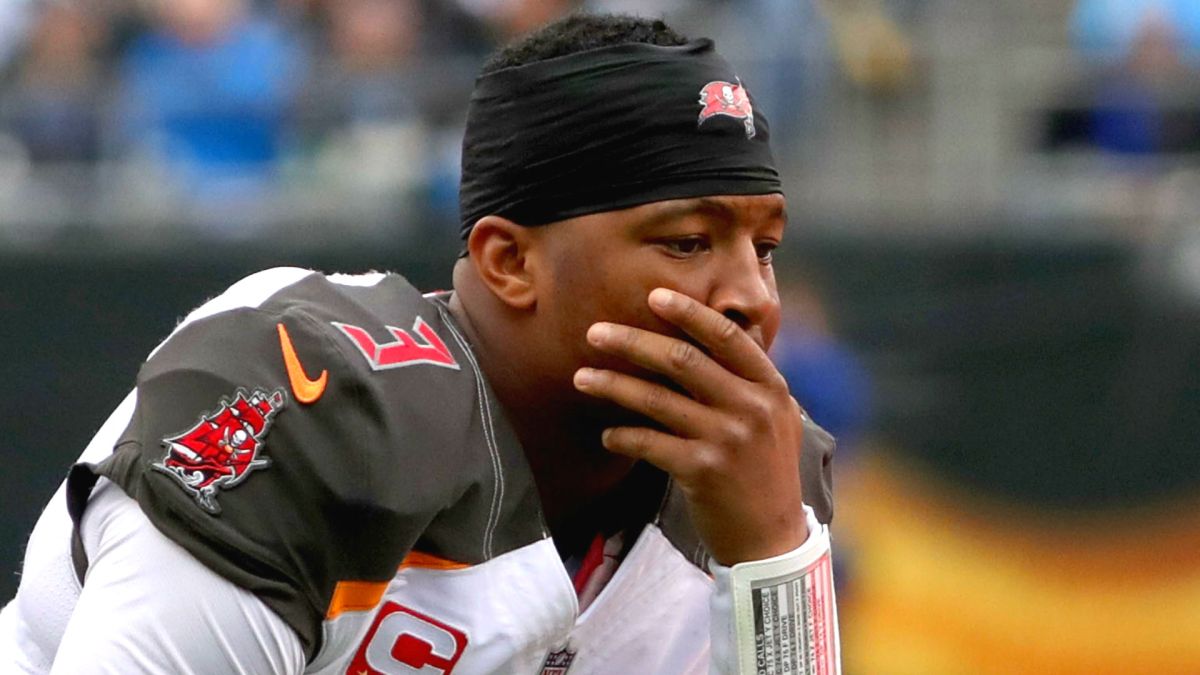 As reported on for close to a week now, Jameis Winston has been suspended 3 games for a 2016 incident where he groped his female Uber driver.

An incident, mind you, he once vehemently denied and was “certain that [he] did not make any inappropriate contact”.

In the apology, Winston says it was ‘uncharacteristic’ of him to put the Uber driver in the position that he did. One could make the argument however that this is in fact very characteristic of Winston to put people in positions they do not feel comfortable in. Like when he told 5th grade girls Men are supposed to be strong and they need to be quiet and gentle. Or the time when he stood on a table in the student union at Florida State and yelled “f*** her right in the p***y”. I can also not fail to mention the time he made his Tampa Bay Buccaneer teammates uncomfortable, when he gave the eat a ‘W’ pregame speech before a 30-10 loss, a game in which he left due to injury then came back onto the field in the third quarter and started a fight.

So yes, Mr. Winston, this is quite characteristic of you.

The Tampa Bay Buccaneers and the Glazer family have stood behind Winston throughout the process, so we will see if their tune changes with the apology and the decision by Winston’s camp not to appeal the suspension. The Bucs picked up his 5th year option for 2019 worth $20 million in April, however barring injury they can cut ties with Winston before that money becomes guaranteed next March.